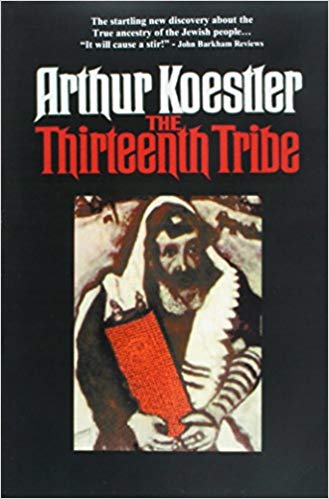 Koestler advances the thesis that Ashkenazi Jews are not descended from the historical Israelites of antiquity, but from Khazars, a Turkic people originating in and populating an empire north of and between the Black Sea and Caspian Sea. Koestler’s hypothesis is that the Khazars – who converted to Judaism in the 8th century – migrated westwards into current Eastern Europe (primarily Ukraine, Poland, Belarus, Lithuania, Hungary and Germany) in the 12th and 13th centuries when the Khazar Empire was collapsing.

No God Next Door